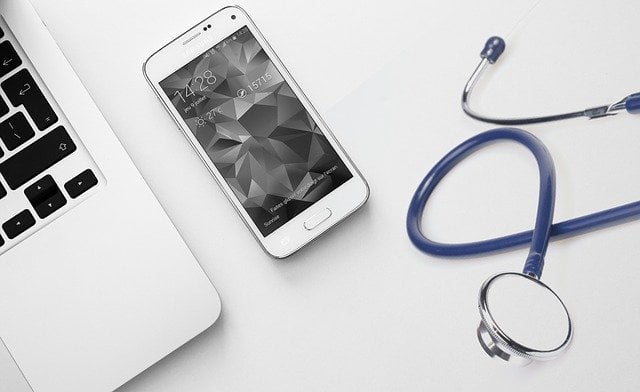 Medical devices have come a long way since the days of your grandparents’ home remedies.

From pacemakers to prosthetic limbs, medical devices are everywhere and are changing lives every day.

Here are the lists of five medical devices has had an enormous impact on the World and will continue to do so in the future as they grow and improve in their quality and technology.

The CPAP machine works with small, but powerful puffs of air to keep users’ airways open.

It is primarily used to treat sleep apnea, and has even been credited with helping to combat heart disease, Alzheimer’s disease and type 2 diabetes.

Sleep apnea affects as many as 18 million Americans each year, so it’s likely that you know someone who uses a CPAP machine.

As many as 60 percent of people who could benefit from using them don’t actually do so either because they find them uncomfortable or because they think they won’t use them consistently.

Imaging exams such as MRIs have revolutionized how doctors detect and diagnose ailments.

Before MRIs, doctors had to rely on X-rays or other tests that had high radiation levels and could cause damage to healthy tissue.

Today, patients can undergo MRI scans (when appropriate) without worrying about harmful side effects and get results immediately.

MRIs not only allow physicians to better identify injuries, but they also help track a patient’s recovery over time.

With their combination of affordability and accuracy, MRI scanners have played an invaluable role in our health care system today.

Stem cell therapy has made it possible for people with diabetes to replace their own insulin-producing cells. It is one of a few stem cell therapies that have made it through clinical trials.

In fact, scientists are optimistic about its potential to develop treatments for Parkinson’s disease, Lou Gehrig’s disease, multiple sclerosis and spinal cord injuries. However, further studies must be conducted before it is fully approved by the FDA and widely available to patients in need.

An artificial pancreas is a device that delivers insulin and glucagon in a continuous fashion to control blood glucose levels without requiring any input from you.

The device checks your blood glucose level frequently, about every five minutes, using an sensor inserted under your skin.

If it determines that your blood sugar level is too high or too low, it automatically releases insulin or glucagon accordingly to bring it back into a normal range.

An artificial pancreas can work as a standalone device or be used in conjunction with an insulin pump.

Some people who use both devices may find they need less overall insulin than they did previously while using just an insulin pump because of how quickly their artificial pancreas responds to changes in their blood sugar levels.

The artificial pancreas can be a life-changing innovation for people living with diabetes.

Although research is still in its early stages, it shows great promise for improving diabetes management by reducing daily blood glucose levels as well as lowering HbA1c levels over time.

By combining technologies that are already available, future versions of an artificial pancreas could eventually become an invaluable tool for people who need more regular insulin dosages.

The development of an artificial pancreas would also create further improvements in technology to help automate insulin delivery even when a person is going about their daily routine. With all these new potential benefits, we can’t wait to see what happens next!

There are plenty of amazing and significant inventions that have helped improve our health and well-being, but few could be as impressive as Lasik eye surgery.

Thanks to Lasik, millions of people who once wore glasses or contacts for vision correction can now see just fine without their corrective lenses.

It is common for patients to experience 20/20 vision or better after their Lasik procedure and regain much more freedom than they had before.

If you are nearsighted or farsighted, there is no reason not to take advantage of it.

The sooner you schedule your consultation with an experienced surgeon who performs many successful surgeries every year, the sooner you can have better eyesight than ever before.

A hugely successful procedure that has forever changed people’s lives. Many no longer have to worry about how they look in their glasses, which was previously much more common.

Not only is it extremely popular, but its popularity continues to grow as people come to know and understand what it can do for them.

More than 24 million Americans have had LASIK eye surgery done since 1992 when its use first became widespread.

It is easily one of the most significant medical devices ever invented and a big part of why life is easier for so many today.

With new technologies constantly being developed, it can be tough to keep up with what devices are really changing healthcare for patients.

Here are 5 of our favorite medical devices that have made waves in recent years. Their high success rates and low risk factors make them some of our favorites.

As always, feel free to reach out if you have any questions about these devices or your specific situation.