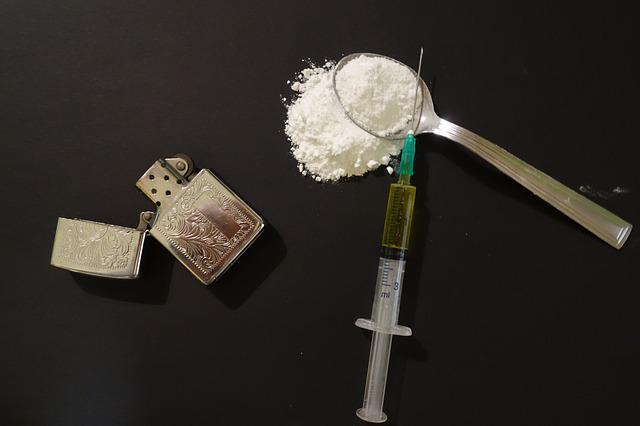 What causes drug addiction? Is it really all about willpower, or can other biological and environmental factors contribute to its development?

The answers to these questions are vital if we want to develop new strategies for dealing with the epidemic of drug abuse and addiction that threatens the health and well-being of so many Americans today.

These important facts about drug addiction will help you better understand what is going on inside the brain of an addict and how that translates into symptoms like cravings, withdrawal symptoms, and continued use despite negative consequences.

Drug addiction is a chronic disease that can be treated with the right combination of medications. The number of people addicted to drugs is increasing in the United States, so much so that it is becoming one of America’s most pressing public health issues.

Prevalence of addiction in America

In the United States, drug addiction has become a major problem.

According to the National Institute on Drug Abuse, over 20 million Americans are addicted to drugs or alcohol.

Of these addicts, 2.5 million are considered heavy users of illegal drugs such as heroin and cocaine while 1.3 million abuse prescription medications like painkillers and tranquilizers.

The number of people who use drugs in the United States is on the rise, which has led to an increase in addiction in America.

In fact, drug abuse and addiction in America are leading causes of death all over.

The United States has the highest rate of drug-related deaths in last decade.

There were 843,000 drug overdose deaths in America and a total of 1.5 million deaths from all causes related to illegal drugs and addiction in America.

The united states has long been known as a nation that is tolerant of drug use, but the number of Americans who have become addicted to drugs in recent years has grown dramatically.

The good news is that in 2021, relative decrease in drugs related cases though drug overdoses cases have been increased.

The word addiction has many definitions depending on who you ask, but in general it refers to a compulsive dependence on something that causes significant issues in your life and health.

Some describe addiction as simply a habit that you can not break, while others believe it is a brain disease.

Addiction is a condition in which an individual continues to use drugs despite negative consequences.

It can be caused by the development of tolerance, withdrawal symptoms or cravings for the drug.

The most commonly abused substances are opiates (e.g., heroin and prescription painkillers like oxycodone) and cocaine, followed by alcohol, marijuana, nicotine and other miscellaneous drugs.

Whatever addiction means to you, it doesn’t mean that drugs are necessarily bad or unhealthy; some people are able to handle their habit without causing harm to themselves or others.

However, we also don’t have all of these answers yet and there isn’t much evidence proving addiction is not always harmful for users, even if they do not abuse drugs.

How Do You Know If You are Addicted? It might seem obvious when a friend is an alcoholic, but other types of addiction are more subtle.

For example, someone who spends hours every day playing video games might be addicted to them but how can you tell?

And how do you know if it is not just a hobby? The answer is that there are several different types of addictions and plenty of people who fall into more than one category.

It is not simply about what you do, it is also about why you do it. Take a look at the following list to see which categories apply to your behavior.

Are you doing any of these things on a regular basis? If so, then maybe it is time to take a step back and evaluate your behavior.

When do I have time for hobbies? Can I stop after five minutes or does my entire evening depend on having just one more turn?

Is my free time all spent working toward my goal or does life continue around me while I work toward my goals in small increments throughout each day?

What happens if I try to take a break from gaming/gambling/drug use/etc.?

Do I feel bored or empty without my fix or am I able to relax easily with friends and family members even though they aren’t involved in my particular obsession?

What Makes A Habit A Disease?

While there is some consensus on definitions, each academic discipline has a slightly different take.

In general, most experts agree that addiction involves three elements: tolerance (more drug is needed to get high), withdrawal (physical or psychological discomfort when drugs are not taken) and negative consequences (drug abuse impacts one’s social life or career).

For many people, these symptoms last a year or longer and can lead to further health problems as well as death. The National Institute on Drug Abuse defines addiction as compulsive drug seeking and use despite adverse consequences.

The Diagnostic and Statistical Manual of Mental Disorders-5 (DSM-5) uses similar language, defining substance use disorder as recurrent substance use resulting in failure to fulfill major role obligations at work, school, or home, interpersonal relationships problematic due to substance use.

Continued use despite persistent or recurrent physical or psychological problems caused by or exacerbated by substance and hazardous situations while intoxicated.

What is the treatment of addiction in America

The first step in treating drug addiction is acknowledging that you have a problem.

Many addicts say their first step towards recovery was going to rehab or enrolling in 12-step programs like Alcoholics Anonymous or Narcotics Anonymous.

Although these groups might not be for everyone, they are very effective for some people and can give addicts a strong support system during recovery.

Those who are successful at recovering from drug addiction almost always find it helpful to reach out to other people whether that is joining a 12-step program or talking regularly with friends about what you’re going through. It’s important to note that many rehabilitation centers and treatment facilities offer different treatment options (for example, holistic treatments), but few do offer all of them.

It is easy to see that drug addiction is a major issue that needs attention.

We all want to avoid getting involved with drugs, but it is hard to recognize how bad of an idea it is without an analysis.

Understanding why you should not do drugs can help you avoid making bad decisions and getting involved in dangerous lifestyles.

If you or someone you know has a problem with drugs, get help immediately, there are many resources available for people who need treatment for their addictions, such as rehab centers and drug therapy programs that can help you start living a normal life again.

Once your life is back on track, avoid situations that could lead to drug use and think about ways you can help prevent others from falling into destructive lifestyles.