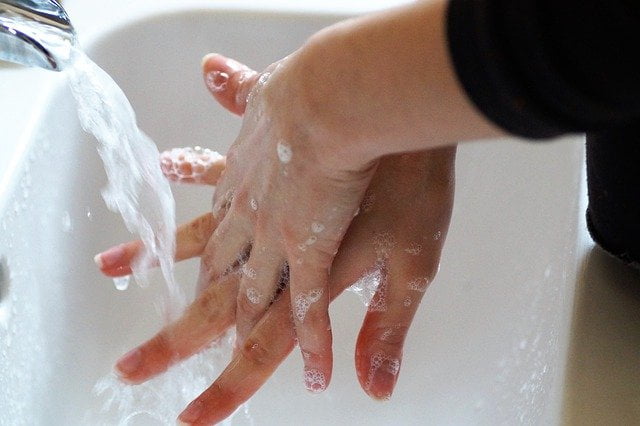 A compulsion is a type of act, in which we engage against our wishes. It is not pleasurable and rewarding act.

It is sometimes inconvenient, irrational or even harmful. Compulsion is usually confused with an impulse.

An impulse is an act in which, despite negative results we want to engage. For instance we have a compulsion to bite our nails to the skin our finger tips, other hand we have an impulsive desire to eat a ice-cream despite being on diet.

Generally we are able to control our most of the behaviors. Still why anyone would engage in an unpleasant act ? Simple reason is, compulsions bring us some relief and comfort from other unpleasant feelings.

Compulsion is most commonly seen in obsessive compulsive disorder (OCD). OCD is a type of mental illness that affects one in forty individuals.

Obsessions are recurrent, unwanted thoughts that cause severe anxiety. To cope with such type of feelings, we tend to develop ritual behaviors that are time consuming and seem absurd.

In OCD, most common type of obsession is fear of dirt and contamination.

Person worries about spreading and contacting dirt and germs. To cope with those fears, we wash our hands over and over again throughout the day.

If any person has OCD, he/she probably also engages in checking rituals. Person might be sure that he has locked the door or turned off the stove, but if person does not double check, he eventually becomes very anxious.

This checking behavior is completely irrational. After checking once, this uncertainty may return, results in checking again.

Now person develops a routine and habit, that  satisfy his obsessive doubts. For instance, we turn the light switch on and off ten times, now it creates temporary sense of certainty that replaces our doubts.

We may feel that, no matter how many times we turn a switch, turn a lock or close the door, we are still left with doubts.

Many person with OCD  seek for reassurance. Family members notice that OCD patient in family ask the same question over and over again. This can be frustrating at times, though family members may find it easier to just answer the question, rather than fight about it.

If obsession includes sexual or violent thoughts, person with OCD may ask his therapist, priest that he/she has not harmed any one and he/she is not disgusting or bad person. Person knows that these thoughts are not his own thoughts. They even don’t enjoy with these type of thoughts.

Many person with OCD have obsession of symmetry. Things   around them must be organized precisely, otherwise they don’t  feel comfortable.

To deal with such types of feelings, person may move things around like, lining up toothbrushes and pens, straightening books and piles of news papers, putting and hanging clothes in precise manner and eating  one particular food item at a time.

Person may feel compelled to touch things that grab their attention. If person with OCD touch any object with left hand, they may feel to touch the object with another hand.

Hoarding is another interesting compulsive behavior. These people are unable to throw anything away including wastes and trash.

Bags of garbage and newspapers fill the house. They also save clippings from their hair, even saving their urines in glass jar. They have obsessions about control and completeness. They feel that, they must collect  everything and not lose anything.

In initial stage of coping with obsessive thoughts, there seem some logic in compulsion. Patients have understandable strategies for coping with these irrational thoughts. But over the time these compulsive rituals tend to become ineffective.

Person with OCD feel that, checking the stove ten times before leaving the house does not give any relief anymore. Now he has to check twenty times.

One more thing person can do. He may have check ten times while your wife watches , so that you can ask her later to confirm that you checked.

Finally person may come with less logical rituals. This compulsive behavior may change over time.

These behaviors take on a life of their own, but OCD person may feel anxious and uncomfortable, if he ignore these thoughts.

Some types of compulsions are not seen in our behaviors. They are actually present in our thoughts. He may count to himself. He may repeat any sentence, chanting over and over again in his mind. He may perform a prayer.

These mental compulsions can be apparent to others, even though person don’t realize it. This time person with OCD seems distracted, moving lips and tapping or counting fingers.

Compulsions in other illnesses

This compulsive behavior can be seen in other illnesses also. Trichotillomania is a type of illness in which person compulsively play with, pull out and chew his hair.

All these leads to patchy baldness. Other common compulsive behaviors are nose picking and nail biting.

The end results of these compulsive behaviors are disfigured nails, painful finger tips and nose bleeds. It seems very difficult to refrain from such behaviors.

Person becomes very anxious, if try to resist the urge. He pick, chew and pull until, he achieves a sense of completion.

According to mental health experts, these behaviors comes under grooming disorder, may be related to OCD.

A neurological illness that frequently resembles with OCD is Tourette’s disorder.  It is a type of tic disorder. In this illness person make involuntary sounds and movements or both.

Tics are somewhat different from compulsions, since tics occur without prior thought. Nearly half of those person with Tourette’s  disorder also show classical symptoms of OCD apart from tics.

Certain types of sexual behaviors, drug and alcohol use, gambling and shopping should not confused with compulsive behaviors. These behaviors are better considered as  impulsive responses to craving rather than as compulsions.

Such type of behaviors bring immediate comfort and pleasure. We believe they make us feel good, so we engage and involve in them, despite knowing long term consequences.

In Eating disorders (like anorexia nervosa and bulimia nervosa) person is preoccupied with weight, body and caloric intake.  In this, there are certain behaviors, which are maladaptive and persistent and could be viewed as compulsive behaviors.

But if person engage in such type of behaviors , he will see them as necessary mechanism for controlling weight. He will not view these behaviors as problematic.

Binge eating may be considered as compulsive behaviors. In this person may realize that he is overeating and regret it after some time.

In some psychiatric disorders self mutilation occurs. It may fall between impulsive and compulsive behaviors.

Repetitive behaviors are also  seen in some psychiatric illnesses like autism, low IQ children and person with dementia.

But here, such type of behaviors reflect person’s attempt to soothe himself and communicate when social skills and language are very poor.

Mental health experts like psychiatrist and psychologist perceive them as perseverative rather than compulsive behaviors. Simply  no internal struggle to resist acting.

Compulsions are type of habitual and unwanted behaviors. They are not completely out of our control.

They can be treated with medicines, psychotherapy or both. With proper determination, we can resist our urges. We can refuge to engage in any compulsive behaviors.

The major challenge we face is, we may become increasingly anxious so long, as we have obsessive thoughts that drive our rituals.

We may able to suppress one compulsive behavior only to find our self creating a new ritual to deal with our anxiety.

Throughout the treatment we should keep in mind that our rituals are arbitrary and not logical. There is no matter, how compelling they are.

When patient or person has lived with a particular ritual for some time, he/she used to start thinking as essential.

Person lose perspective. With the help of medicine and therapy person regain the perspective and he used to start thinking his behaviors as unnecessary and finally to conquer them.

Family members may involve in person’s rituals because they care him. They frequently answer the questions, give reassurance, rearrange the furniture or prepare food according to his choice.

On the other hand, family member sometimes become frustrated by person’s compulsions.

They may refuse to answer patient’s questions. Family member may refuse to drive back home to let him check that iron is unplugged or may grab his hands to stop him from counting.

Even they shout at him and tell that, you are now being ridiculous and absurd.

Frankly speaking, it is better to avoid frustration and anger on him. Person with OCD already knows that obsession and compulsions are illogical and irrational. He/ she also would rather live without them.

We should always talk to the patient about steps, in taking his treatment, so that he can reduce his compulsive behaviors.

Treatment of OCD may take long time bit by bit. Many compulsions are so habitual and occur very quickly without much thought. Other compulsions take place in the form of  complex fears and extreme anxiety.

Such types of compulsion may be very difficult to stop, but we should always be tolerant and patient as person himself works on reducing them. But in any case we should never feel compelled to be an assistant in his rituals.

If person with OCD ask family members to involve in his  unnecessary behaviors and rituals, family members should peacefully point out that, they are not going to participate in them. Though it will make nervous and uneasy for some time, but it will help him in long run.