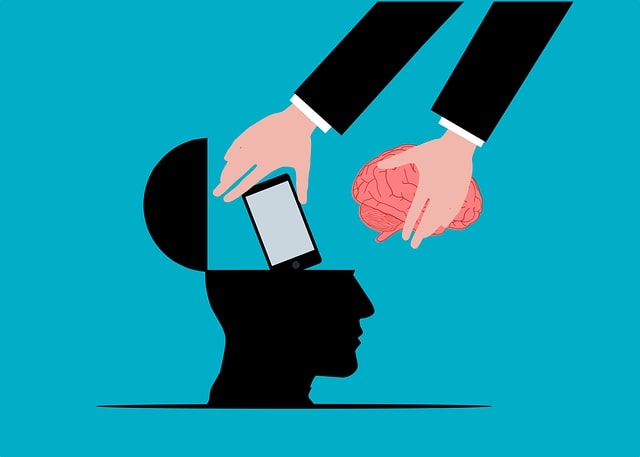 Smart phone addiction- Is Your mobile phone Making You Addicted?

For many people, smart phones have become essential to everyday life, but are they actually good for us?

This blog will provide an overview of some of the latest research surrounding smart phone addiction and its effects on mental health.

While some studies have found that smart phones can make us feel socially isolated and unhappy.

Other studies have found that smart phones can increase our productivity, improve our health, and help us stay in touch with our friends and family members.

How does our smart phone compare to substances we know are addictive?

Our smart phones are so ubiquitous in our lives that we sometimes think about them as a part of us.

This has led to a common idea among some people that using our phones is actually addictive, like drugs or alcohol.

There is even been a catchy term for it, nomophobia short for no-mobile-phobia refers to anxiety people feel when they are apart from their mobile devices.

But is it really a smart phone addiction? And how does it compare to substances we know are addictive, like drugs and alcohol?

In short, smart phones are not officially considered an addiction by any medical organization, however, there is good reason to suspect that there is something addictive about them.

There is a smart phone addiction in all of us

Phones have become such a staple in our lives that some people report feeling physically lost without them.

But is there science to back up these claims, or are they just anecdotal?

Further, high-frequency and high-intensity users were more likely to feel addicted than those who used their phones moderately.

So while no concrete evidence was found regarding addiction, there is a good chance your phone might actually be causing you to feel like you are addicted, at least if you use it too much or for too long.

What makes our smart phones so addicting?

There are two reasons why smart phones are so addicting, and they are two sides of a very similar coin.

First is how much effort it takes to get what we want. The more energy required to accomplish a task, and/or the greater complexity involved in reaching that goal, the more rewarding success feels when it happens.

That is true whether we are talking about getting food, finding shelter or making meaningful connections with other people (all things people have been doing for hundreds of thousands of years).

Now imagine that you can do all those things plus check your email and Twitter, find directions or have sex with one device in your pocket.

How can you protect yourself from being addicted by your smart phone?

The best way to protect yourself from smart phone addiction is simply by setting clear limits on how you use your phone.

Give yourself a reasonable amount of time to check your e-mail, spend time on social media sites, and respond to texts.

If you find that you can not resist responding even after using your phone for a reasonable amount of time, it may be worthwhile to implement certain safeguards such as automatically locking your phone after 30 minutes, for example.

Changing notification settings so that apps only notify you once or twice throughout a given day is another good strategy.

If an app is going overboard with notifications and updates, force yourself to only open it when you are able to devote at least 15–20 minutes (or more) to responding.

The age of smart phones has given rise to a whole new era for addiction.

Whether it is social media, gaming or texting, we are all guilty of spending too much time in front of our screens.

While setting limits is a surefire way to control screen time, there are ways to make them more palatable.

If you can approach screen time with goals in mind rather than punishing yourself for overusing your phone, then you can be successful at avoiding addiction.

There are a number of studies that suggest cell phones and smart phones can lead to addictive behaviors.

There is a great deal more research still needed in order to fully understand how people might be influenced by their gadgets.

But at least it is clear that people have some attachment issues when it comes to their phone.

If you feel like your smart phone addiction has changed your life for worse and don’t know how to get back on track, then consider curbing your addiction before it gets out of hand.

As difficult as it may be, try leaving your smart phone in another room while you work or spend time with family and friends you could find yourself rejuvenated after doing so.