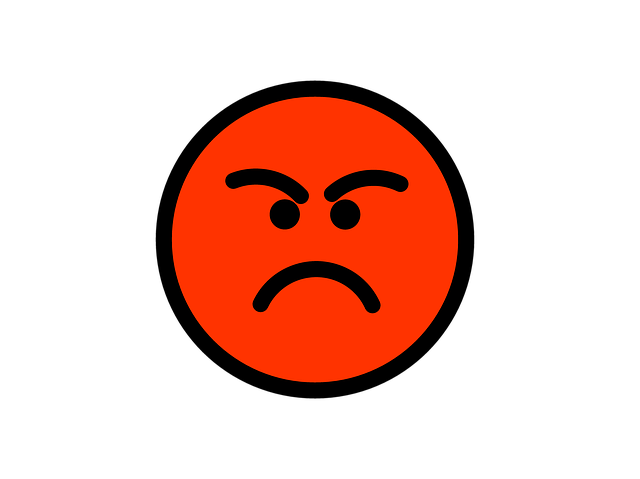 Anger is  one of the fundamental human emotions.  When we feel threatened, betrayed, harmed or disrespected, our bodies automatically plan to fight or escape.

Our heartbeat   accelerates, our mouth becomes dry, our pupil constricts, our breaths shorten, our speech becomes louder, and our bodies become tense.

Anger tends to escalate and be contagious. If you become angry, while speaking with someone, both of you may end up talking louder and adopting hostile postures.

Though Anger is a natural reaction, the extent to which you express anger, depends much on your attitude.

If you have a hostile view of the world, then you are likely to perceive threats and feel a need  to defend yourself in situations, where others would remain calm.

Psychiatrist   have identified several defensives or subconscious ways in which we deal with anger.

You may repress your anger. Some therapists believe that, bottled up anger comes in the form of depression.

You may sublimate anger by channeling your aggressive energy into a good cause, such as fighting against political oppression.

You may express your anger passively, like by refusing to talk or dragging your feet on an important project.

You may also displace your anger onto easier targets, if your seniors humiliates you, for example you may unable to feel respond until you get home. Where you scream at your wife instead.

When you lose your temper. It is common to rationalize your behavior, claiming. For example,  you were drunk and not yourself.

You may also project your anger, accusing your target of being the hostile one.

We all utilize these defence mechanisms from time to time.

Anger is of concern to Psychiatrists, because it can leads to hostility and violence and because it is a feature of several psychiatric conditions.

If you are not generally an angry person, but find you are increasingly  irritable and prone to losing your temper, then you may be responding to stress.

Anger, nervousness and sadness are all typical responses to stress, and sometimes they occur together

Anger and irritability can sometimes be signs of clinical depression, Specially  in those  who are uncomfortable expressing sadness or emotional vulnerability.

Anger can also emerge during a manic episode, when people fail to realize how important and brilliant you are, or when people seek to restrain or obstruct you, for example by putting you in a hospital.

Anger is a prominent feature of several personality disorders.I f you have a paranoid personality, you view everyone as potentially threatening.

In both paranoid and narcissistic personality disorders, you feel that you are superior to most people you know.

You blame others for keeping you from reaching your potential. For example blaming immigrants for invading the job market when you lose a job.

If you have a  borderline personality disorder  , you are often full of rage. You express anger at others when you feel that they have emotionally attacked , betrayed , or abandoned you.

You may be angry at yourself when you feel worthless or ashamed, and you may consider suicide or indulge in self mutilation. Sometimes in a passive aggressive manner, you hurt yourself in order to make others feel bad.

Anger seems to be the most genuine and characteristics emotion in anti social personality disorder. If you have an antisocial personality, you tend to violate  rules and rights of others., and you feel entitled to do so.

You lose your temper quickly whenever you don’t get your way, and you often express anger to intimidate others. Most domestic violence and violence against strangers  is committed by individuals with antisocial personality disorders.

Even if you are not normally an angry person, you may be prone to become  angry when you are drunk. Cocaine and amphetamines, like alcohol, can increase irritability and decrease common sense.

When intoxicated, you become more provocative and willing to express your thoughts and feelings without thinking about them first. If you are prone to anger, then being drunk or high will likely bring out the worst in you.

Hate is a chronic form of anger. Hate is not assign of mental illness on its own, but psychiatrists, sociologists , and religious leaders would probably agree that it is rarely healthy.

Hate is often combined with prejudice, such that you hate individuals solely because of their membership in a large group.

Prejuidices arise out of faulty thinking, attitudes such as generalization, entitlement, resentment, and unwillingness to consider evidence that challenges your beliefs.

How to cope with anger:

If you suffer from frequent and disturbing angry feelings, you may benefit from anger management, a type of psychotherapy.

You identify your tendency to perceive hostility in others when It is not intended, and to under-appreciate your own proneness to violence and anger.

You learn relaxation techniques to decrease tense and irritable feelings. You practice

asserting yourself without being threatening.

You gain confidence in your ability to remain in control of your feelings. You may still lose your temper from time to time, but you regain control faster.

If you care about someone who has problems with anger , you should encourage him to seek treatment.

You may be scared to suggest treatment to someone who is easily angered ad might resent the application that he is at fault.

You might find it easier to engage his interest in couple therapy, even if you think that he is the only one who need help.

When your loved one is irritable, you should try to give him the time and space he needs to cool down.

You want to communicate to him that you trust his ability to restrain his anger, rather than exacerbating the situation by yelling at him or accusing him of being out of control.

Situations are more likely to get out of hand if both of you become angry.

On the other hand, you should not tolerate anger, threats, or , and you should calmly make this clear to your partner once he has cooled down.

If you are concerned  for your safety, then you  should enlist the assistance of family, friends,  before, or instead of, engaging in any confrontation.

1 thought on “What is Anger? – So simple even your kids can understand it”