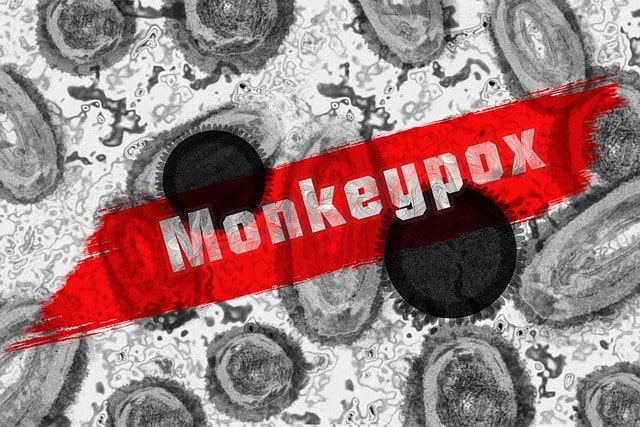 What is monkey pox virus and why should you care?

The recent death of a Kansas teen and the diagnosis of another teen in New York City with cases of monkey pox virus have brought more attention to this rare infection than ever before.

However, monkey pox virus has been around for centuries, causing symptoms from fever to brain swelling and even death if it is not treated quickly.

So what exactly is monkey pox virus, how does it spread, and what should you do if you come in contact with it?

Monkey pox virus is a rare viral disease that occurs primarily in remote parts of Central and West Africa, near tropical rainforests.

The disease gets its name from the fact that it was first discovered in laboratory monkeys.

Humans can contract monkey pox virus from infected animals, such as monkeys, rats, and squirrels.

The virus can also be spread from person to person through close contact with an infected individual, such as touching or sharing bedding with them.

While cases of human-to-human transmission have been reported, they are thought to be uncommon.

The most common symptoms of monkey pox virus are fever, headache, swollen lymph nodes (particularly in the neck), sore throat, muscle aches, and often a rash which typically begins on the face before spreading downwards.

Symptoms usually appear 10-12 days after exposure but may take up to three weeks for people who were infected by animal bites.

Less than 1% of those who get monkey pox will die from complications caused by lung infection or internal bleeding, however there are some reports that 20% of children who contracted it died from their illness.

Monkey pox is a zoonotic disease (a disease that can be transmitted from animals to humans) caused by the Monkey pox virus.

The Monkey pox virus is closely related to the human smallpox  virus, which was eradicated in 1980.

Monkey pox was first identified in humans in 1970 in the Democratic Republic of Congo.

The first recorded outbreak of monkey pox occurred in humans in Nigeria in September-October 1978.

Between 1981 and 1986, there were sporadic outbreaks of monkey pox reported from several countries in Africa.

The first recognized outbreak of monkey pox outside of Africa occurred in the United States of America (USA) in May-June 2003.

Of these 70 cases, 34% presented with localized lesions on face or extremities, 25% had fever >102°F (39°C), 17% had enlarged lymph nodes, 12% had generalized skin rash, 7% had difficulty breathing, 6% had eye involvement, 5% had facial edema; 4% had myalgia/arthralgia (joint pain). Two patients died as a result of their illness.

A few days after the fever begins, the patient develops a rash.

The rash starts on the face and spreads to other parts of the body.

The rash turns into fluid-filled blisters that eventually crust over.

The entire process from start to finish can take two to four weeks.

The disease is mostly spread by direct contact with an infected person’s blood or respiratory droplets (for example, while kissing or sharing food).

But it can also be spread indirectly, through contact with objects (such as contaminated bedding) or animals who carry the virus.

One of the most important things to remember about monkey pox is that there have been no known cases where it has been transmitted via mosquitoes or ticks.

There is no specific treatment for monkey pox, but the symptoms can be treated.

Bed rest, fluids, and fever reducers can help with the fever and rash.

Antibiotics may be used to treat any secondary bacterial infections.

If you have monkey pox, you should avoid contact with other people as much as possible to prevent the spread of the disease.

There is a vaccine for monkey pox, but it is not widely available.

In the event that you are exposed to someone who has monkey pox, washing your hands frequently and thoroughly could reduce your risk of contracting the virus.

You should also avoid touching your eyes, nose, or mouth if you think you might have been exposed.

There is no specific treatment for monkey pox, but the good news is that it can be prevented.

The best way to prevent monkey pox is to avoid contact with infected animals or people.

If you must come into contact with an infected animal, wear gloves, a mask, and protective clothing. You should also wash your hands often and avoid sharing food, utensils, or bedding with an infected person.

If you think you have been exposed to the virus, see a doctor immediately.

In rare cases, if the virus reaches your eyes, nose, mouth, or open skin wounds (such as scratches), you will need to go straight to the hospital.

Keep in mind that even if there are no symptoms of infection present (at this time), they may develop within one week after exposure so be sure to watch out for them.

While monkey pox is not currently a threat in the United States, it is important to be aware of the disease and its symptoms.

Monkey pox is a virus that is closely related to smallpox.

It is usually spread through contact with infected animals, but can also spread from person to person.

The disease can cause a fever, rash, and body aches, and in severe cases, can lead to death.

There is no specific treatment for monkey pox, but prompt medical care can help to lessen the severity of the illness.

Vaccination against smallpox can also help to protect against monkey pox. If you have any symptoms please contact immediately to your doctor.