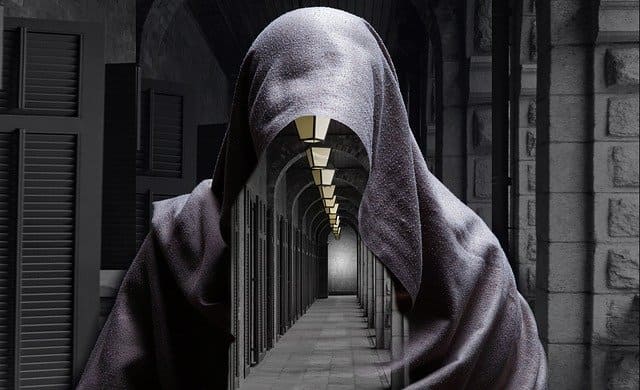 What is paranoia psychosis?

Do you ever find yourself feeling suspicious of people around you? Maybe you are worried that they might be plotting against you in some way?

If so, it might not surprise you to learn that you are exhibiting the signs of paranoia psychosis.

Before we explore this paranoia psychosis in more detail, let’s take a look at how it differs from other types of social anxiety and suspicion, including misanthropy (a type of distrust against mankind) and schizoid personality disorder.

Then, we will examine the various causes of paranoia psychosis so that we can figure out why it happens to some people and not others.

A history of how we think about paranoia psychosis

Before we discuss what paranoia psychosis actually is, it is important to go over a bit of history.

Psychiatry has never had an easy time defining paranoia, largely because it can be defined in so many different ways.

For example, you could say that anything that makes someone feel paranoid is a form of paranoia, alternatively, you could say that only those who are actively experiencing symptoms like delusions and hallucinations (more on those later) are showing signs of true paranoia.

In short, there is no official definition of paranoia psychosis and even if there were, it would be almost impossible to agree upon.

That said, most experts agree that paranoia psychosis is best understood as a fear of being harmed or deceived by others.

It usually begins with anxiety about specific situations and develops into more general feelings of distrust toward others. In extreme cases, these fears may lead to delusional thoughts or even full-blown psychosis.

Types of Paranoid Thoughts and Behavior

Someone may have a paranoid thought after watching a scary movie. They might be worried that someone is planning to harm them or their family.

Other types of paranoid thoughts include worrying about a government conspiracy, worrying about being poisoned, thinking other people are talking about you or plotting against you and thinking that almost everyone around you is cheating on their spouse.

If these thoughts feel overwhelming and impossible to manage, talk with your doctor or therapist.

He or she can help you determine whether there is a medical reason for your symptoms, such as PTSD, obsessive compulsive disorder (OCD) or bipolar disorder.

It is also important to get treatment, if you think drugs or alcohol are contributing to your paranoia psychosis. When left untreated, paranoia can make it hard to function in daily life.

It can cause problems at work and in relationships. It can even lead to self-harm if you begin avoiding situations because of your fear.

Because paranoia is a symptom, its causes can be traced to mental health conditions like schizophrenia and bipolar disorder.

However, it is also possible for people who don’t have a diagnosable condition to suffer from paranoia due to stress or chemical imbalances in their brain.

For example, sometimes high levels of stress can cause abnormal electrical activity within your brain which can trigger paranoia and anxiety attacks.

Similarly, sometimes people use drugs like cocaine and methamphetamine as a way to avoid reality.

These substances can create out-of-body experiences that may look similar to paranoid states (like delusions) but are generally easier to treat with help from others and are not necessarily symptoms of another underlying mental health condition.

In any case, if you are experiencing paranoia, it is important to get yourself checked out by a professional.

It could be an early sign of something more serious.

A look at paranoid personality disorder and schizophrenia

People with paranoid personality disorder have a tendency to view themselves as victims.

They are often extremely suspicious and distrustful of others, jumping at any imagined slight.

They tend to perceive insults where none are intended and can not tolerate any disagreement or criticism even if it is constructive.

It  is also common for them to be jealous, controlling, and manipulative in their relationships with others.

People with schizophrenia experience delusions (false beliefs), hallucinations (seeing or hearing things that are not there), disorganized speech and behavior, negative symptoms such as apathy or social withdrawal, and cognitive impairments including difficulties planning and problem solving.

These symptoms may be triggered by stress or drug use. Some people recover from an episode of schizophrenia within one year, however, many continue to struggle with their illness over many years.

When treating patients for paranoia psychosis, doctors work to identify and then address what might be causing those feelings.

For example, if you are feeling paranoid because you suspect that your boss is out to get you at work, your doctor will likely ask about your job and whether there have been any changes lately.

If it turns out that your boss has been a little more hands-on than usual (but nothing too unusual), your doctor might then advise cognitive behavioral therapy.

In that case, he or she would work with you to set up a healthy plan for dealing with your boss, avoid gossiping about him or her in break rooms, respect boundaries and talk only when necessary.

Over time, you should start to feel less suspicious. In extreme cases, antipsychotic medications may also be prescribed.

When your survival seems at stake, your brain goes into overdrive. In these extreme situations, fear can be a very useful tool.

It causes you to pay attention to what is going on around you, keeps you from putting yourself in danger and mobilizes action when there are real threats in front of you.

Paranoid thinking kicks into high gear when it is necessary for survival or just feels like it is.

No wonder some people feel paranoid all the time, If they are constantly feeling threatened, their brains have good reason to treat every new situation as potentially dangerous.

But being constantly on guard is not helpful or healthy. If you find that paranoid thoughts are interfering with your life, don’t ignore them, get help dealing with them instead.

A mental health professional can work with you to understand why certain things trigger paranoia psychosis and help you develop coping strategies so that they don’t rule your life anymore.

1 thought on “What is paranoia psychosis? The Mind-bending psychology of fear”