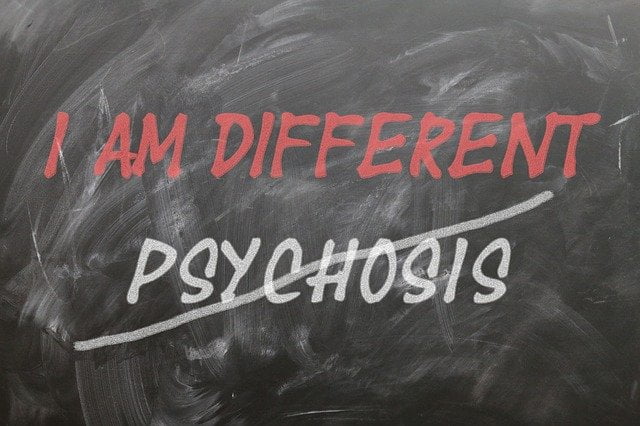 What is psychosis definition?

Symptoms of psychosis include:

What is the realty of delusions and hallucinations?

A hallucination is a type of sensory perception in the absence of outside stimuli. It means seeing, hearing, feeling, or smelling something that is not present.

A hallucinating person might see things that do not exist or hear people talking about him, when they are alone.

What does psychotic mean ?

There are various types of psychosis based on  specific conditions or circumstances. It include the following:

Psychosis due to alcohol or drugs

Any significant head injury or infection which affects the brain may also result in psychosis. Such type of psychosis is scientifically called as organic psychosis.

In this case patient has major depression. He has strong tendency for suicidal behaviors. During illness psychotic symptom of patient gradually increase.

How to treat psychosis disorder ?

Treatment of psychosis involves a combination of medicines and therapy. Patients usually show good response on these treatment.